Everybody has posted some clip to You Tube regarding some sort of continuity error.  Most of them deal with frivolous mistakes like "he's smoking in one shot, and the next he's not." or "Look the walker's armor is too strong for blasters." then, a few shots later, a couple of well placed blasts at the downed walker (ATAT for you geeks) and Ka-BOOOM!  It blows up. Yeah, so what?  Sure those are errors in continuity but those errors don't drive story.  I mean even the walker went down by being tripped, it didn't change the or force the story in a new direction.  Besides all you geeks out there would already know that the shield generator on the walker would have been disabled when it was brought down and thus the big (and satisfying) explosion. But nobody really ever talks about one of the biggest continuity errors in the history of film. 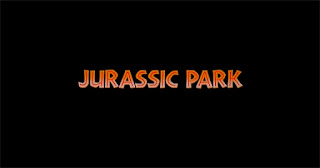 Oh yes! One of my favorite movies!  But even when I saw it on opening night back in 1993 the following scene bugged me.  Don't get me wrong, I loved it and it's still my favorite scene from the movie, but it stirred one question that has since been left unanswered.  Maybe one day, Mr. Spielberg, when he has nothing else to do, will be trolling and will happen upon my lonely blog and answer this question which has been burning a hole in my soul since that fateful day in 1993.  That question, for anyone reading this would be, "Where did that cliff come from?" 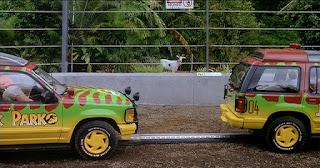 Okay, so let's review the scene, but before we do, we have to go back a little in the movie, a few hours earlier, when the tour starts and finally the group comes to the T-Rex paddock.  After the big animal doesn't show up (which is a great moment because the whole audience cranes their necks to see the T-Rex just like the cast does) they try to entice it to come out by "offering up" a goat.  Note goat.  He's just standing there.  This will be important later. 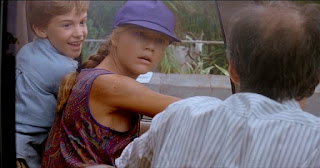 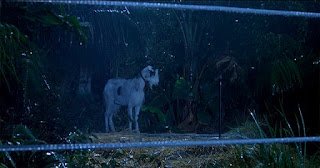 Anyway, a little later the tour is heading back to the visitor center after a relatively disappointing day of dino no-shows, sick triceratops and a few over the top passes made by Ian Malcolm at Dr. Sattler.  And low and behold that goat is STILL there.  In the dark.  In the rain! Poor goat.  Note: goat.  STILL STANDING THERE. On the ground. Baa it bleats.  "I'm wet and standing on the ground. I wish somebody would eat me as I stand here on this platform on the-" (moving on) 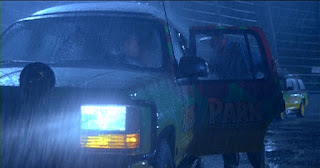 The above is actually a continuation of a pan/tilt to the right from Mr. Goat. (Who is still there.  STANDING there.) Alan Grant checks on the passengers of the forward car and heads back to the rear car. 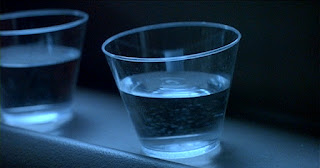 Boom. Did you hear that? Something big is WALKING around.  Just to make sure you know it's walking, you see an insert of the cups with the "impact tremors". 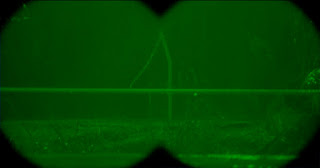 Night vision goggles reveal the empty spot where the goat was standing on the other side of the fence. You know it's coming, a great quick scare after, "Where's the goat?" and we get to have our first glimpse of... 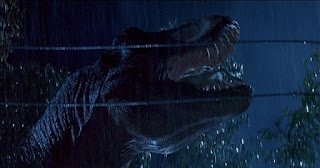 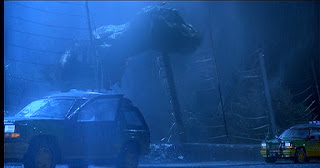 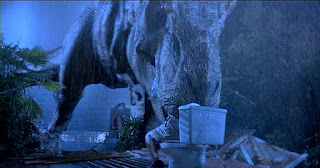 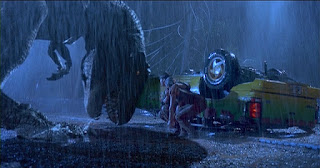 Anyway, back to my question, and I'm sure you know where I'm headed now.  T-Rex flips over car (SUV - sorry, Ford Motor Co.) Because, cars don't taste very good and darn that kid (who needs to get eaten) is hard to reach. 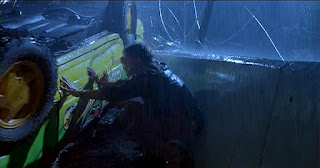 T-Rex bumps car with head, Alan and Lex try to get out of the way (here it comes)... 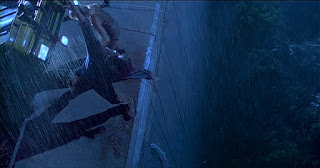 ...And suddenly there's a cliff.  SUDDENLY THERE'S A CLIFF! A cliff, folks! SEE?! A CLIFF! 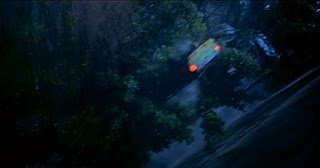 And just in case you don't believe me that suddenly there's a cliff, we get to see the car fall down into a tree from the cliff. Nice break of the 180 degree rule which nobody notices BTW. Go back to the shot with T-Rex stepping down between the two cars, I'll wait.  Ask with me. "WHERE THE HECK DID THAT CLIFF COME FROM??!!"  And no, it's not a different place, that car didn't get pushed far from where it was last upright.  Cut to- 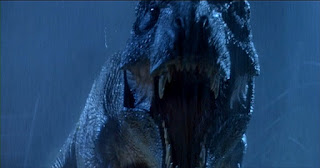 Totally awesome low angle on T-Rex who roars.  He is actually saying, "Look I made a cliff, suckas!" Unlike the walker blowing up, this cliff actually drives the story.

Click here to watch the clip.
The film makers needed to get Alan and the kids out of the way so they couldn't be found when Ellie and Muldoon come back to find Ian. So the sudden insertion of a cliff becomes totally necessary to move the story along and very few people even noticed due to all the action and the duration of the T-Rex attack.  So, is this sort of continuity bad?  Not at all.  Sometimes the story needs a push, and if the audience as a whole doesn't notice, then do it!  If you need place a light source in a weird place in your illustration or film so the action is easier to read, do it.  If you need to do something out of the ordinary or even beyond the limits of reality to boost your story, and you can get away with it, do it.  Maybe in 20 years somebody will write a blog post about that decision.  If you are able to keep the audience focused on what you want them too, you can get away with almost anything.  Don't believe me?  Check out this link and be amazed. Go to this IMDB link for more info about Jurassic Park.  If you'd like to see a complete set of storyboards from the film, I recommend this book.   Now go back and watch this film.  I also love the kitchen scene but can't help rooting for any and all of the dinosaurs, especially when it comes to eating those annoying kids. Thanks for stopping by.

Jeff Jackson
San Jose, CA
I am a freelance illustrator who also animates and teaches and stuff. I like to post stuff. Drawing stuff or other stuff. All of the stuff posted is copyright Jeff Jackson unless otherwise noted and stuff. Thanks for dropping by, comments and stuff are welcome.